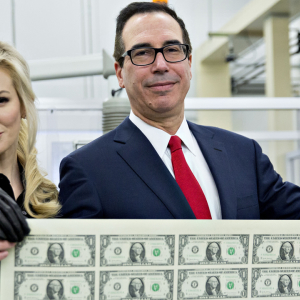 On Monday, the United States Department of the Treasury announced it will be “borrowing” a record $3 trillion to help support the American economy. The move comes after the Federal Reserve dished out over $6 trillion to private dealers before the first U.S. Covid-19 death, and the $1.5 trillion added to the nation’s debt since […]The post US Treasury to ‘Borrow’ $3 Trillion for a Single Quarter – Anticipates Taking Billions More for Q3 appeared first on Bitcoin News.