Bitcoin ATMs Grow in Number Reaching Almost 7,000 in Operation Around the World 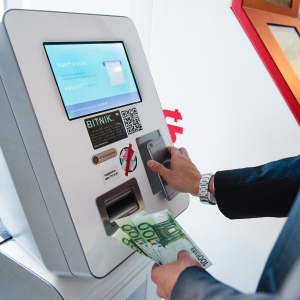 ATMs supporting digital coins have increased parallel to the predominant trend on cryptocurrency markets since the beginning of 2020. With over 400 new devices added in January, the global total is now closing on the 7,000 mark. The sector has seen exponential growth in the past three years. Also read: Bitcoin.com Partners With Mecon Cash, […]The post Bitcoin ATMs Grow in Number Reaching Almost 7,000 in Operation Around the World appeared first on Bitcoin News.