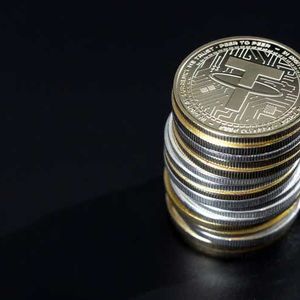 Tether Holdings, the company that issues stablecoin tether ( USDT-USD ), has boosted its lending activity noticeably in recent quarters whereby it loans out its own tokens to eligible customers. The question remains, though, whether it has enough liquid assets to fund redemptions in the event of financial stress. The stablecoin issuer, based in the British Virgin Islands, disclosed secured loans of $6.1B as of September 30, or 9% of its total assets, compared with $4.1B as of December 31, 2021, or 5% of total assets, according to its website . Those short-term secured loans are "fully collateralized by liquid assets," Tether said, but specified little about the borrowers as well as the specific collateral being accepted. Overall, outsiders are left with only a partial view of Tether's financial health since it does not release audited financial statements. A Tether spokesperson, meanwhile, told The Wall Street Journal that all of the secured loans listed in its latest report were issued and denominated in tether ( USDT-USD ), the world's largest stablecoin (dollar-pegged) by market cap that's widely held by market participants. Unlike other assets that Tether holds, namely U.S. Treasury bills, its loans are not as easily converted to dollars given the possibility that the borrower does not make a payment or if the collateral is not sufficient enough. That, in turn, could prompt investors to redeem their tether ( USDT-USD ) in a time of crisis, otherwise known as a bank run. And the huge drawdowns seen in crypto from a year ago could "mean that some collateral held by Tether could be worth less than it was when the loans were made," The WSJ noted. Previously, (Nov. 17) crypto exchgange Binance halted deposits of USDT and USDC stablecoins on Solana network .

Get Crypto Newsletter
Market Cap
24h Vol
41.29%
Bitcoin Share
274
Today News
Read the Disclaimer : All content provided herein our website, hyperlinked sites, associated applications, forums, blogs, social media accounts and other platforms (“Site”) is for your general information only, procured from third party sources. We make no warranties of any kind in relation to our content, including but not limited to accuracy and updatedness. No part of the content that we provide constitutes financial advice, legal advice or any other form of advice meant for your specific reliance for any purpose. Any use or reliance on our content is solely at your own risk and discretion. You should conduct your own research, review, analyse and verify our content before relying on them. Trading is a highly risky activity that can lead to major losses, please therefore consult your financial advisor before making any decision. No content on our Site is meant to be a solicitation or offer