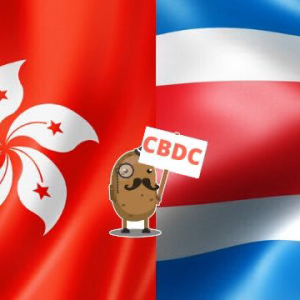 The central banks of Hong Kong and Thailand revealed today in a published report that they are a step closer to creating a joint Central Bank Digital Currency (CBDC) to facilitate efficient payments between the two countries. The banks confirmed that the upcoming CBDC dubbed Project Inthanon-LionRock is technically feasible and will utilize the blockchain […]The post Hong Kong And Thailand’s Central Banks Closer To Issuing Their Own Cryptocurrency (CBDC) appeared first on CryptoPotato.