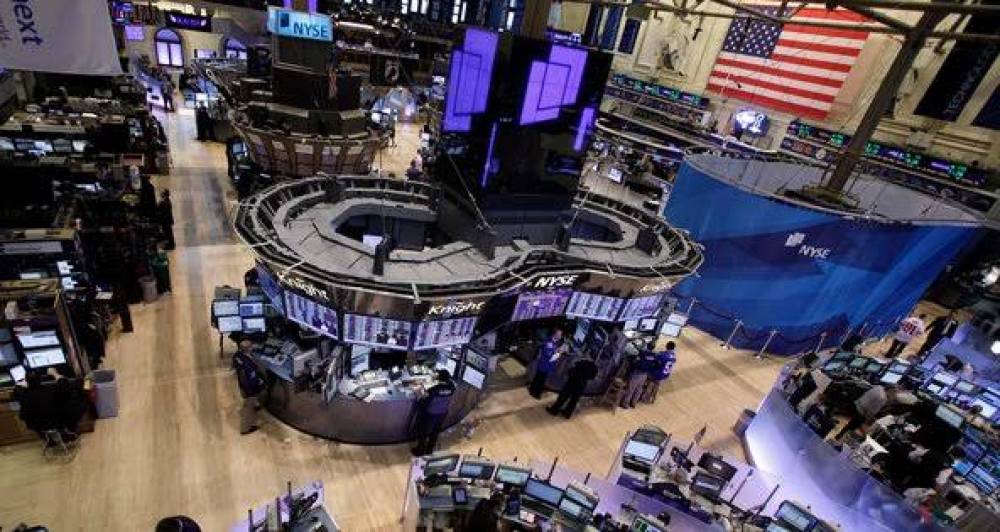 Total unemployment claims in the U.S. since March total 36 million, with China exceeding 50 million and U.K. projected to see 12 million.

The U.S. stock market risks a deep pullback as investors fail to consider worse outcomes of the pandemic.

Unemployment claims in the U.S. continue to sharply increase as businesses struggle to deal with the economic pressure from the pandemic. The stock market is hinting at the start of a new downtrend after a week of rallying.

The U.S. stock market fell by 1.59% on May 20, marking its first significant pullback in over a week. 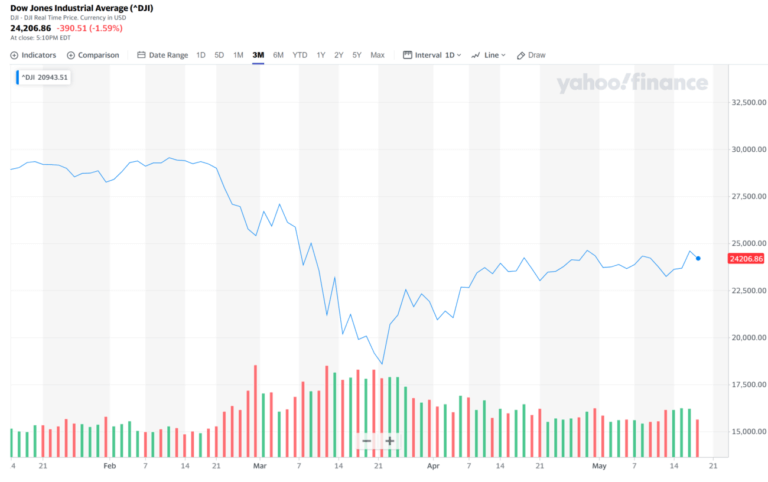 The U.S., China, and the U.K., among many other major economies, are seeing a rapid upsurge in jobless claims.

The reopening of the economy has not shown a positive effect on curbing unemployment levels.

China, the U.K., and the U.S. ambitiously began allowing factories to open, preparing the majority of the general population to reenter the workforce.

But, within a month since such efforts, China locked down more than 100 million people in its Northeast region.

The cautious stance of businesses is leading to stalled hires and companies are not rushing to expand, despite the strong recovery of the stock market earlier this month.

According to data from BNP Paribasobtained by Bloomberg, job losses in China likely exceed 50 million with the unemployment rate hovering at 12%.

Even with a government-supported program, the U.K. is expected to see an unemployment rate of 20%.

The U.S. stock market is seemingly pricing in a quick economic turnaround in the near-term as the nation stabilizes in the aftermath of the coronavirus pandemic.

Economists, however, do not believe a v-shape recovery is imminent.

Stanford University economics professor Nicholas Bloom found in a study that 42% of layoffs in the U.S. will result in permanent unemployment.

Previously, billionaires like Mark Cuban warned that the U.S. stock market is not assuming worse case scenarios of the pandemic and the economic consequences it may have.

As various studies and data increasingly suggest a low probability of short-term economic prosperity, the stock market may see a healthy correction as it approaches the third quarter.

The U.S., the U.K., and the eurozone are relying on aggressive fiscal policies and stimulus to boost the stock market and the economy as much as possible.

Initially, finance ministers in Europe and the U.S. aimed for a quick economic rebound.

But, changing spending habits, consumer trends, and declining industries such as travel and fashion have left the authorities nervous about short to medium-term economic projections.

Get Crypto Newsletter
Market Cap
24h Vol
65.60%
Bitcoin Share
0
Today News
Read the Disclaimer : All content provided herein our website, hyperlinked sites, associated applications, forums, blogs, social media accounts and other platforms (“Site”) is for your general information only, procured from third party sources. We make no warranties of any kind in relation to our content, including but not limited to accuracy and updatedness. No part of the content that we provide constitutes financial advice, legal advice or any other form of advice meant for your specific reliance for any purpose. Any use or reliance on our content is solely at your own risk and discretion. You should conduct your own research, review, analyse and verify our content before relying on them. Trading is a highly risky activity that can lead to major losses, please therefore consult your financial advisor before making any decision. No content on our Site is meant to be a solicitation or offer