U.S. dollar trading at its worst level in more than two years

The U.S. dollar continued its months-long slide, falling to its lowest level in more than two years during the course of Tuesday's trade.

At last check the U.S. Dollar Currency Index was trading at 92.29, its lowest level since April 2018, according to data from TradingView. The dollar's precipitous slide began in March, underpinned by falling Treasury yield and mounting fears of debt being taken on by governments and central banks to quell the impact of COVID-19.

Indeed, hedge funds have turned bearish on the dollar for the first time since 2018, as reported by Bloomberg. 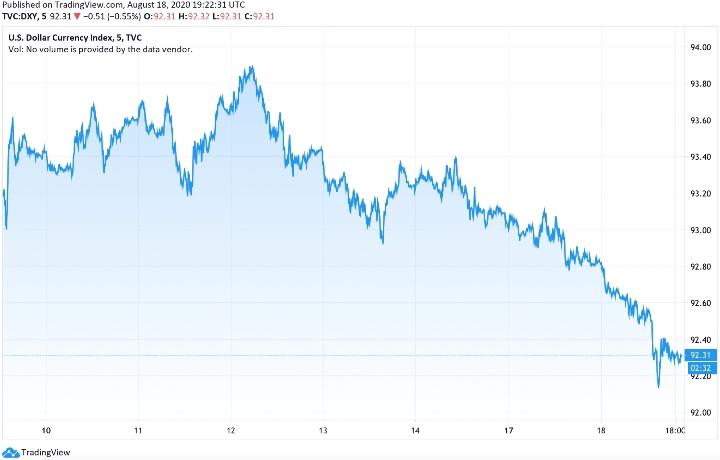 "Treasury yields are falling again as expectations grow that the Fed policy review framework will signal a relaxed view on inflation, taking some of the air out of the steepening of the curve and dragging the dollar along with it," noted Edward Maya, senior analyst at OANDA.

"The dollar fundamentals still warrant further weakness, but this trade has become a bit overcrowded and is ripe some short-term dollar momentum."