Overwatch 2 could launch this year 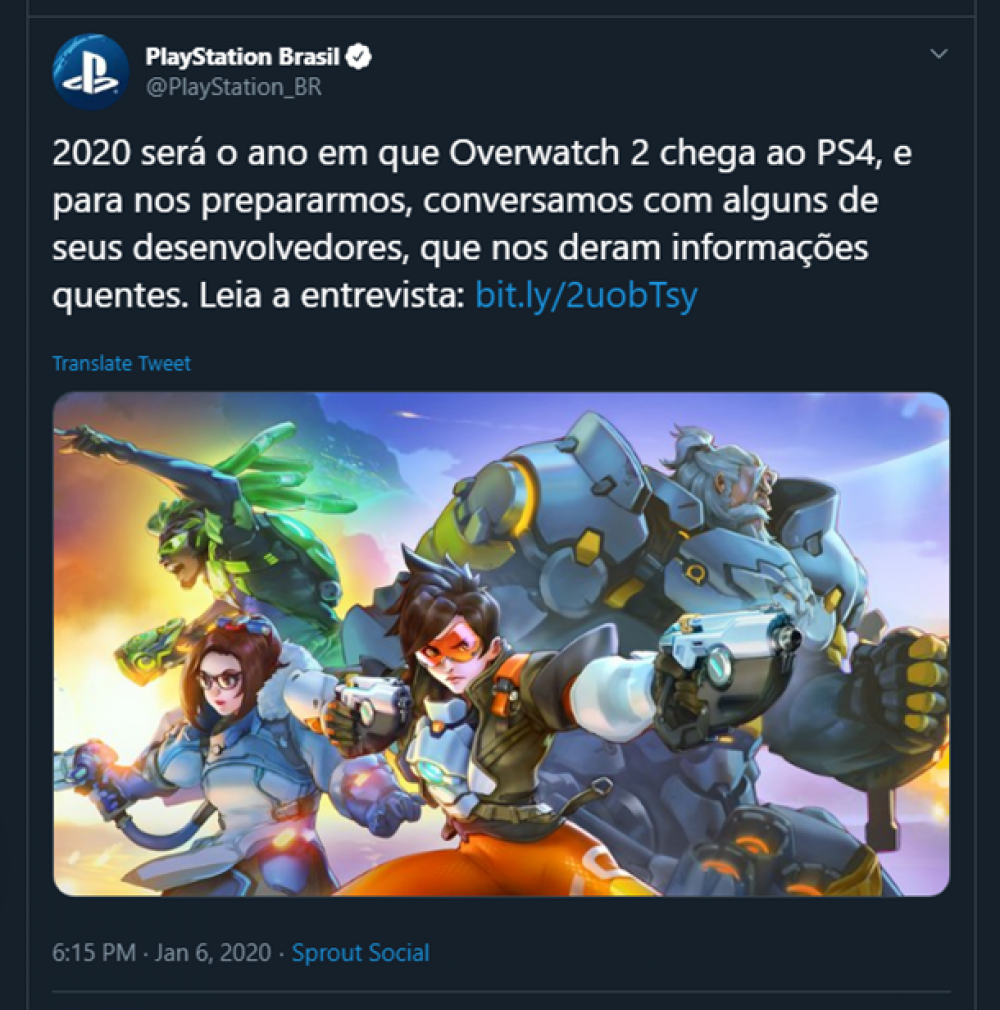 Someone on the PlayStation Brazil social media team got a bit overexcited this week and hit 'Tweet' before thinking, telling everyone that Overwatch 2 would be hitting PS4 in 2020. Blizzard's yet to announce a release date for any platforms and hasn't commented on the tweet, which has since been deleted.

Voxel spotted PlayStation Brazil's blunder before it was deleted and grabbed a screencap for posterity. As well as claiming that it would be out in 2020, the tweet linked to an article with "hot information" that never actually surfaces. It's from November and doesn't mention a release date.

The linked article in the Tweet was an old PlayStation article from November 2019. You can read the article by following the link here, but be aware that it’s entirely in Portuguese.

Although the Tweet came from the official Brazilian PlayStation account, the fact that it linked only to a old article and the Tweet’s subsequent removal means that it’s probably not the most reliable source of information.

Jeff Kaplan has also previously confirmed that the game is still in development and that there’s no current set release date. As such, you should take this news with several grains of salt.

Having said that, a 2020 or 2021 launch would be the most likely timeframe for Overwatch 2. Both the Xbox Series X and PlayStation 5 are both set to launch at the end of 2020 and, while the Tweet above mentions a PlayStation 4 launch, there’s no reason that Blizzard wouldn’t want to get Overwatch 2 onto the latest consoles.