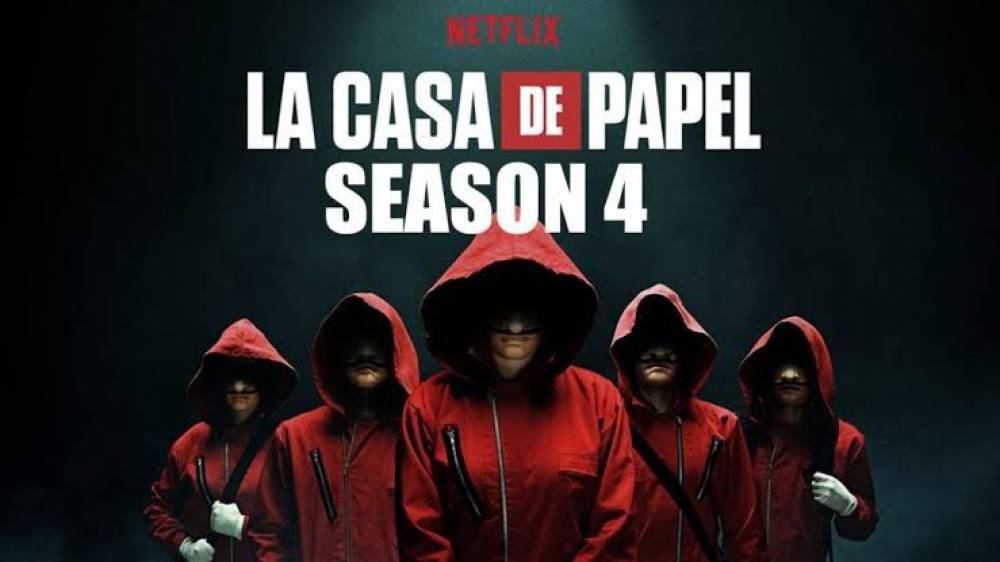 Money Heist (Spanish: La casa de papel, meaning: The House of Paper) is a Spanish television heist crime drama series. Created by Álex Pina, the series was initially intended as a limited series to be told in two parts. It had its original run of 15 episodes on Spanish network Antena 3 from 2 May 2017 through 23 November 2017.

Netflix acquired the global streaming rights in late 2017. It re-cut the series into 22 shorter episodes and released them worldwide, beginning with the first part on 20 December 2017, followed by the second part on 6 April 2018. In April 2018, Netflix renewed the series with a significantly increased budget for 16 new episodes total. Part 3, with eight episodes, was released on 19 July 2019. Part 4, also with eight episodes, was released on 3 April 2020. A documentary involving the producers and the cast premiered on Netflix the same day, titled 'Money Heist: The Phenomenon'.

The series was filmed in Madrid, Spain and Significant portions of part 3 were also filmed in Panama, Thailand and Florence, Italy. 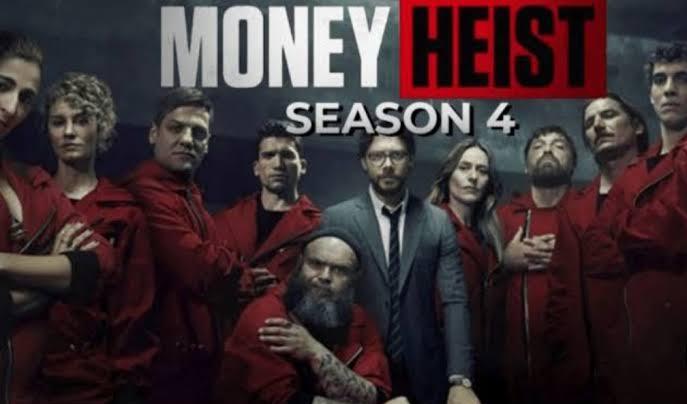 * Álvaro Morte as Sergio Marquina (The Professor / Salvador "Salva" Martín): the mastermind of the heist who assembled the group, and Berlin's brother.

* Úrsula Corberó as Silene Oliveira (Tokyo): the narrator; she was a runaway robber until scouted by the Professor to participate in his plan.

* Itziar Ituño as Raquel Murillo (Lisbon): an inspector of the National Police Corps who is put in charge of the case until she joins the group in part 3.

* Alba Flores as Ágata Jiménez (Nairobi): an expert in forgery in charge of printing the money for the group.

* Jaime Lorente as Daniel/Ricardo[d] Ramos (Denver): Moscow's son who joins him in the heist.

* Esther Acebo as Mónica Gaztambide (Stockholm): one of the hostages who is Arturo Román's secretary and mistress, carrying his child out of wedlock. During the robbery, she falls in love with Denver and becomes an accomplice to the group.

* Enrique Arce as Arturo Román: a hostage and the Director of the Royal Mint of Spain.

* María Pedraza as Alison Parker (part 1–2): a hostage and daughter of the British ambassador to Spain.

* Hovik Keuchkerian as Bogotá (part 3): an expert in metallurgy who joins the robbery of the Bank of Spain.

* Rodrigo de la Serna as Martín (Palermo / The Engineer) (part 3): an old friend of Berlin's who planned the robbery of the Bank of Spain with him and assumes his place as commanding officer.

* Najwa Nimri as Alicia Sierra (part 3): a pregnant inspector of the National Police Corps put in charge of the case after Raquel's departure from the force.

* Juan Fernández as Colonel Prieto: a member of the Spanish Intelligence who oversees Raquel's work on the case.

* Luka Peros as Marseille (part 3): a member of the gang who joins the robbery of the Bank of Spain.