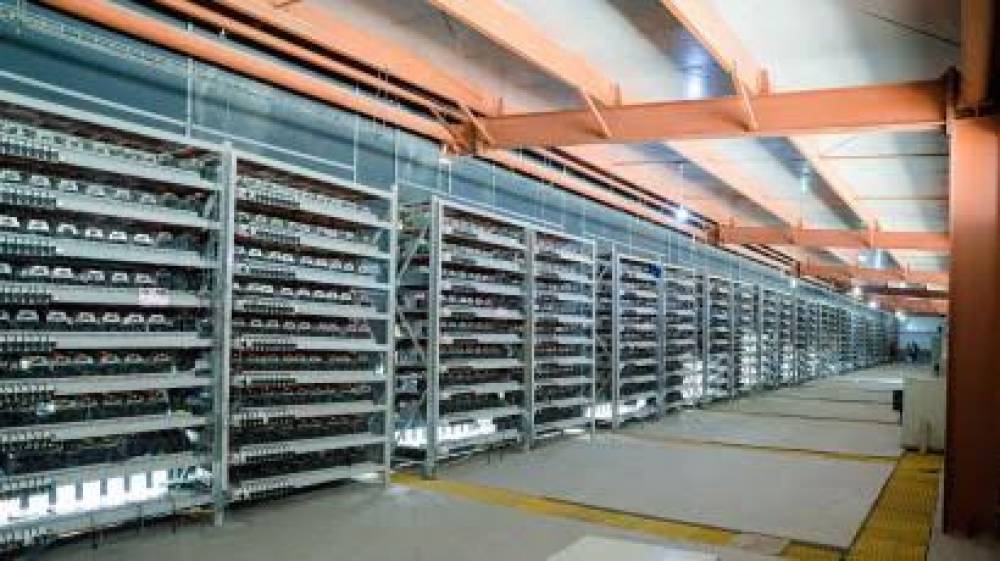 What sets Bitcoin and the majority of cryptocurrencies apart from the banks or money remittance systems like Paynoneer is the fact that it is decentralized. Here’s what it means.

When you transfer the money from one bank account to another, the financial institution carries out the transaction. While the money is on any bank account or is being sent from one user to another, one single company controls it and approves the transaction. Technically, it has all the power to deny you access to your funds at any given moment. Of course, that would damage its reputation, so a bank doesn’t do it. The point is that it can do it.

The same is true for all centralized money storage and remittance systems, all the banks included.

Bitcoin is different. It doesn’t have a single organ that approves transactions. Instead, it allows any of thousands of miners to approve them. Mining process also ensures that the network is fully secure. Read on for a detailed explanation of how all of this works.

Bitcoin mining is crucial for the world’s biggest cryptocurrency both from the economical and technical point of view. It has three main functions:

The goal of miners is to include transactions published on the blockchain in the blocks, thus validating them.

An aspect users should pay close attention to is transaction confirmation count:

If transaction is not yet included in a block, it has 0 confirmations. It can still be reversed.

If transaction is included in a block let’s call it "block X", it has 1 confirmation. Still, it is not considered secure enough.

Each new block added after block X is a new confirmation.

Usually, the payment is considered secure after 3-6 confirmations. The exact confirmation count needed for transaction to be considered valid depends on the merchant.

Bitcoin mining process is carried out by thousands of computers. During the mining process, each computer tries to solve a puzzle by running a hash algorithm over and over again. The first computer to solve it gets the mining reward. The new block is created.

The more powerful the computer is, the more times per second it can run hash algorithm, the higher its probability of getting the reward.

The newly mined block gets sent to the whole miners’ network together with the produced solution. The solution gets validated by other miners. They can do it because the puzzle is hard to solve but easy to validate. Think of it as a cryptographic analog of Rubik’s cube

Each miner that validated the solution updates its copy of the Bitcoin transaction ledger with the newly created block.

The algorithm rewards the miner X with a certain fixed amount of Bitcoins. At the moment of publishing, this reward is 12.5 BTC. In addition, miner X receives transaction fees of all the transactions included in the new block.

Halvening is a 50% reduction in mining rewards. It happens every 210 000 blocks, which is approximately every 4 years. The next halving is going to happen in 2020.

Historically, Bitcoin price has skyrocketed every time after each halving. This is one of the reasons why mining still remains profitable even if rewards are cut in half.

In order to control this process, mining difficulty adjusts approximately every 2 weeks. If the blocks are being produced too slowly, mining difficulty decreases, and vice versa. The process is part of a Bitcoin protocol, is fully automatic and is not controlled by anyone.

Mining process can be carried out using different hardware. There are 4 main mining types by hardware:

Users first started to first use GPUs to mine bitcoins around 2011. GPUs, which are mainly made for handling 3D graphics, turned out to be surprisingly efficient at mining. Roughly estimating, a single GPU is approximately as powerful as 30-35 CPUs when mining.

Even though it is not the most efficient mining type, it is still fairly popular for a number of reasons. First of all, GPUs are only several hundred USD more expensive than CPUs while being much better at mining. What’s more, unlike more efficient mining hardware, GPUs can be used for things other than mining. Anyone can build a PC with a powerful GPU to play games several hours a day and mine cryptocurrencies in the meantime.

FPGA is a piece of hardware that is much more efficient at mining than a GPU. In fact, FPGAs can deliver ten times the hashrate of a GPU while consuming much less electricity. FPGAs even have an advantage over ASIC miners. While the latter is configured by a manufacturer to run a specific algorithm that cannot be changed, FPGAs can be configured at any given time.

The caveat? There are two of them, actually. First of all, FPGAs are significantly more expensive than the GPUs and typically cost several thousand USD. Additionally, this type of hardware is extremely hard to configure and requires technical knowledge. Looking for a plug-and-play solution? FPGA is not for you.

Currently, ASIC is the best solution for large-scale mining. It is the most energy-efficient way to mine Bitcoins that doesn’t require as much knowledge as FPGA mining does. ASIC was first introduced in 2013; since then, the technology has significantly improved. As for now, ASIC miners dominate the Bitcoin mining.

However, such efficiency comes at the price of versatility. ASIC miners can only run the script they were designed to run by the manufacturer. Once you buy ASIC miner, you can only mine several certain types of cryptocurrency. If their price goes down, it is impossible to just switch to mining a different coin.

Although this sounds like yet another type of mining, it is not. Cloud mining is a type of service which allows users to rent mining hardware online. Most of these services are scams; the ones that are not are usually not profitable. Why? Well, there is no reason any company would rent out mining hardware and earn less than it would earn from mining itself. The business model of cloud mining services just cannot work and be profitable both for users and the company.

In general, it is a high risk, low return type of investment users should steer clear of. It is much more reasonable to buy Bitcoin as an investment than spend the same amount of money on renting the mining hardware.

What are mining pools?

Roughly estimating, there are more than a million computers mining Bitcoin worldwide. Each one of these computers tries to solve the "puzzle". What are the chances that your computer will be the first to solve it? Astronomically small. It is almost impossible to earn a reward by mining solo.

This is exactly the reason why mining pools exist. Mining pools are large groups of miners which share their rewards. Here is how it works:

The reward gets distributed between all the miners accordingly to the amount of hash power each one contributed. Here is an example:

Suppose miner B has solved the puzzle, he gets the reward and it gets distributed among all the Pool X miners. Miner B gets 30% of the reward, because he contributed 30% of mining power. Other miners in the Pool X also get rewarded accordingly, even though they didn’t solve the “puzzle”. Miner A gets 50% and Miner C gets 20%.

Get Crypto Newsletter
Market Cap
24h Vol
41.20%
Bitcoin Share
0
Today News
Read the Disclaimer : All content provided herein our website, hyperlinked sites, associated applications, forums, blogs, social media accounts and other platforms (“Site”) is for your general information only, procured from third party sources. We make no warranties of any kind in relation to our content, including but not limited to accuracy and updatedness. No part of the content that we provide constitutes financial advice, legal advice or any other form of advice meant for your specific reliance for any purpose. Any use or reliance on our content is solely at your own risk and discretion. You should conduct your own research, review, analyse and verify our content before relying on them. Trading is a highly risky activity that can lead to major losses, please therefore consult your financial advisor before making any decision. No content on our Site is meant to be a solicitation or offer