Jeff Bezos is on track to become the world's first trillionaire, an insane amount of money for one person 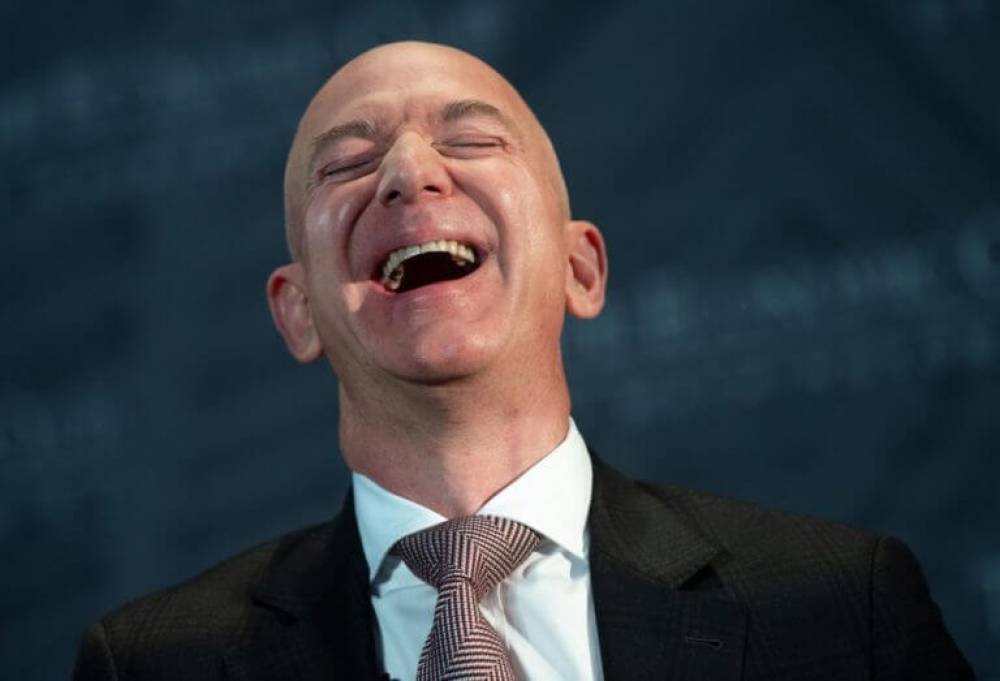 Amazon (NASDAQ:AMZN) CEO Jeff Bezos is one of the few people who did not lose money during the coronavirus outbreak. The world’s richest man is the topic of discussion as the world’s first trillionaire, which is just way too much money.

Jeff Bezos is on pace to become the first trillionaire, that’s a crazy amount of money for one person, but we are all still going to keep using Amazon.

The topic of the world’s first trillionaire set Twitter ablaze Wednesday, a fire first started by an article on Comparison from last month. 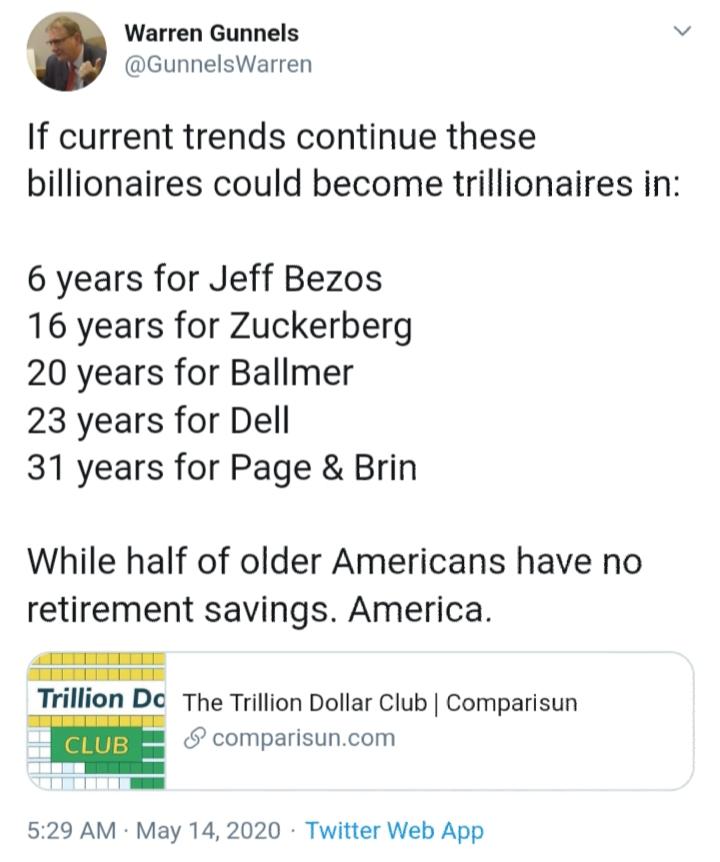 According to Forbes, Bezos’ net worth has risen from $125 billion on April 5, to $145 billion on May 5 (already, a ridiculous amount of money). According to the company’s earnings report, Amazon sales topped $75 billion during the first quarter of 2020, which is vital for Bezos and his road to trillionaire land, because he owns 11% of the company. Amazon is enjoying a 28% bump in the stock market.


A Gross Amount Of Money

A trillion dollars is a gross number for one person. Now, Bezos has every right to it. He helped build an insanely successful company in Amazon. I am not suggesting some outside force should take it away or tell him how to spend it. But still, this is ludicrous.

It is sometimes hard to appreciate the ridiculous number a trillion dollars is when considering someone’s net worth, so let’s put this in perspective.

The Louisiana purchase cost $15 million in 1803, roughly $2.6 billion today. Yahoo Finance says that the Ferrari as a company (because one car is boring) is worth $29 billion. Investopedia lands the price tag on Buckingham Palace at $1.5 billion.

Bezos could purchase all of these without putting a dent in his current wealth. What he is gunning for is the entire student loan-debt level in stakes. In the U.S., NerdWallet says Americans owe a collective $1.6 trillion in federal and private debt, as of last year. How is one person going to be worth this much? What?


The social media world is coming in hot with plenty of opinions on the wealth Bezos is set to accumulate.

Many were upset at the gap between themselves and Bezos, others are more concerned about his continued growth in wealth, while so millions struggle with unemployment.

Listen, it is an insane amount of money for one person to accumulate, and some people will probably make great points about the disparity of wealth in the world. But before you send out a snappy tweet that will have no impact on the march Bezos is making towards becoming the first trillionaire, thinks about this: Are you waiting for a package from Amazon? Yes? Then shut up.